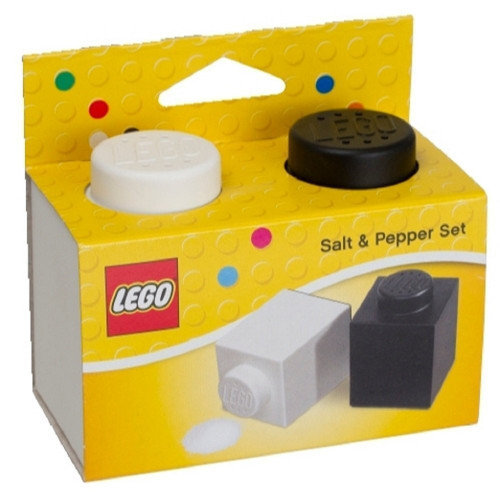 Build some flavour into the kitchen with LEGO® style!

Collect the 1-stud LEGO® bricks with flavour! Just like the real thing, except they're 600 times bigger! The single-stud Salt and Pepper shakers make a great addition to every LEGO builder's kitchen in a sleek black-and-white design.