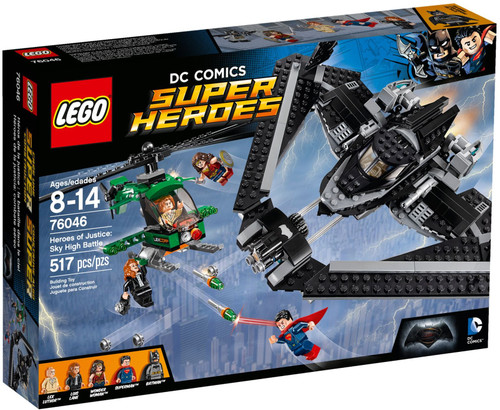 Pilot the Batwing to rescue Lois from Lex Luthor’s helicopter!

Join forces with Super Heroes to take on Lex Luthor™ in thrilling battle high above Metropolis. Launch the Batwing with Batman™ in the cockpit and fold out the wings. Fly with Superman™ and Wonder Woman™ to stop Lois falling. Dodge the LexCorp helicopter’s Kryptonite flick missiles and fire back with the Batwing’s awesome rapid shooter. Then take the battle down to the streets with Batman’s grapple hook gun.