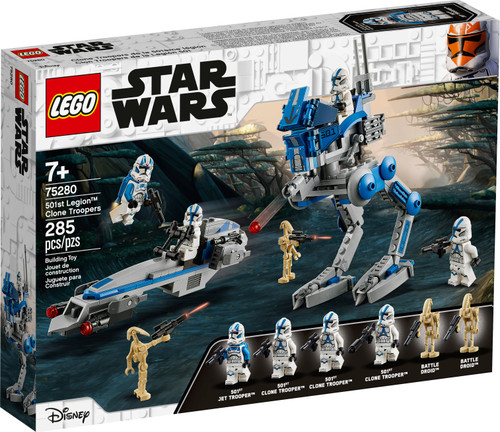 Stage an epic battle between elite 501st Legion Clone Troopers and the Separatist Army’s Battle Droids. Look out for the droids from the AT-RT cockpit using the electrobinoculars. Launch into attack with the BARC Speeder and fire the stud shooters. Fight back with the Battle Droids' blasters. Who will triumph in this exciting LEGO® Star Wars™ adventure? You decide.