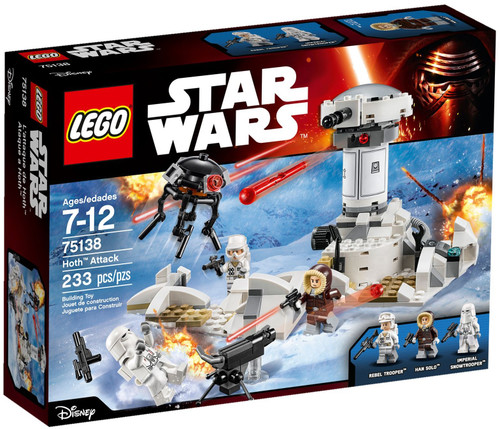 Defend the Hoth rebel base from Imperial attack!

The Imperial forces have discovered the location of the secret Rebel base and are attacking. Turn the tower, close the hatch and fire the shooter. Look out for the Snowtrooper firing his stud shooter and destroy the Imperial Probe Droid before it gets too close. Can you help Han Solo and the rebels stop the base from being overrun? Only you can decide.