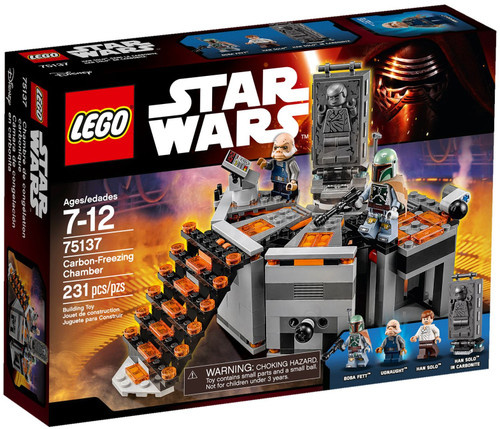 Han Solo has been taken to the Carbon-Freezing Chamber and is about to be frozen in a block of solid carbonite! Can he defeat Boba Fett and escape or will he be frozen for all eternity by the Ugnaught? Only you can decide.