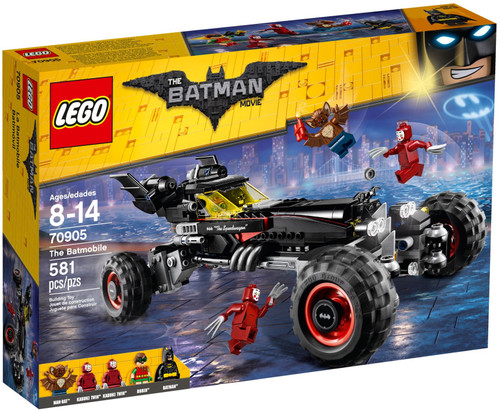 Race through Gotham City in pursuit of Man-Bat™ and the Kabuki Twins™ in the Batmobile. This set from THE LEGO® BATMAN MOVIE features the Batmobile with a dual cockpit for Batman™ and Robin™, two stud shooters and multidirectional wheels for three different modes—race mode, monster truck mode and parallel-parking mode. Man-Bat is equipped with a dynamite element and the Kabuki Twins each have claws to intensify the role-play battle action. Includes five minifigures.