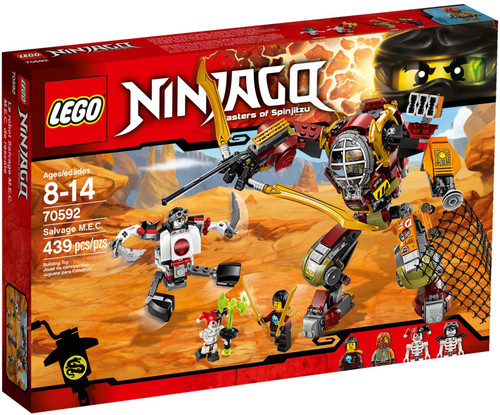 Match the Salvage M.E.C. vs. the Skulkin mech in a bounty-hunting duel!

Place Ronin in the opening cockpit of his mech and get ready for battle. With powerful weapons and a special compartment for storing stolen items, it's the ultimate bounty hunting machine. Fire the golden bow's spring-loaded shooter and dodge the Skulkin mech's attacks with its silver dark blades. Unleash the net-stud shooter to trap the Skulkin warriors and then detach the skateboard or flyer to escape with the loot!