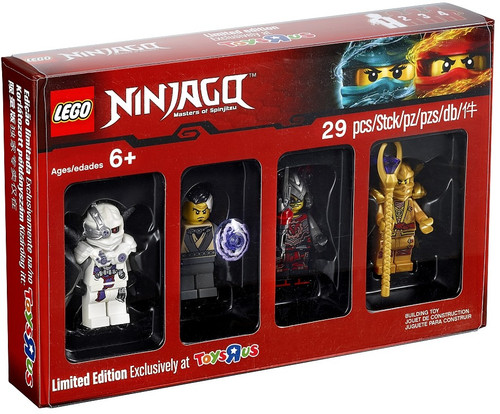 LEGO set 5004938, NINJAGO Minifigure Collection, was a 29 piece set with 4 minifigs released in 2017 that was available only at Toys "R" Us for the Bricktober promotion only available in the United States. Because it was released a month before Toys "R" Us declared bankruptcy, the set was only available for a very short window making is one of NINJAGO's shortest releases.