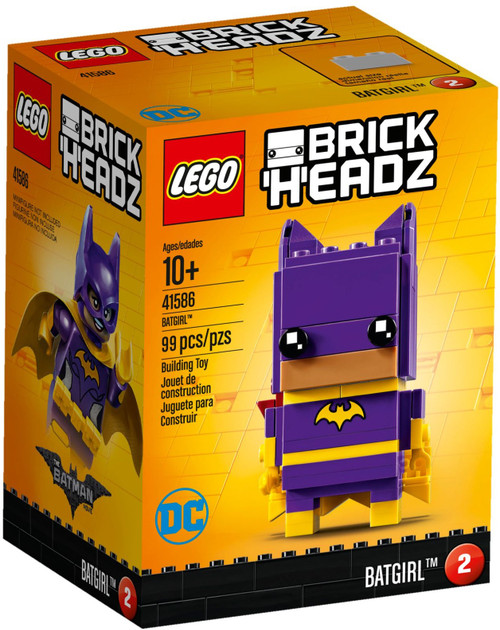 New for March 2017, LEGO® BrickHeadz brings you a brand new way to collect, build and display iconic characters from your favorite movies, TV series, games and comics. This Batgirl™ BrickHeadz figure is fun to build using LEGO System bricks that recreate all of her iconic details, including her Batgirl icon and a yellow Batarang. She also stands on a buildable baseplate with series number and BrickHeadz icon for easy display. Whatever the mission, Batgirl will not let you down.